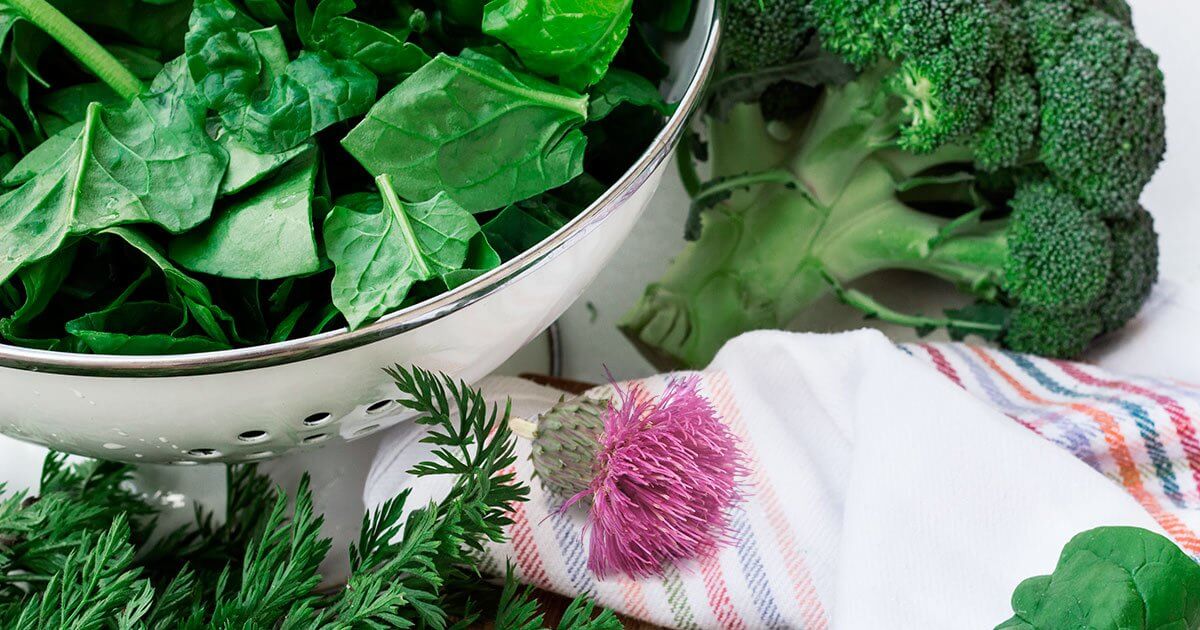 Detoxifying the body is essential if you want to live a long and healthy life. For that reason, it has gained a considerable amount of popularity in recent years. Unfortunately, detox is often confused with doing a cleanse.

A cleanse is like a spring cleaning for your insides, switching out junk foods for unprocessed whole foods for a week or 10 days. It’s a good way to give your digestive system a reset and feel better in the short-term.

Detoxing goes deeper than a cleanse. The goal of detoxing is to help your body remove heavy metals, pesticides and other toxins that have accumulated in your body over time. As a result, the health benefits can be long-lasting.

While natural mineral zeolite is the most effective way to remove toxins, there are also several superfoods that target toxins and support detox.

These superfoods either bind to the toxin so it can be removed, or they support the function of your liver so it can efficiently act as a toxin filter. Here’s a list of the proven detox superfoods. Spirulina is a type of blue-green algae that is packed with protein. In fact, as much as 62% of spirulina is healthy protein.

It’s also highly effective at absorbing heavy metals it comes in contact with. One study, for example, found that spirulina reduced the amount of arsenic in the body by as much as 47 percent (1).

Since it can absorb heavy metals so easily when grown, seek out organic spirulina and get it from a trusted source.

Chlorella is another alga that is a detoxifying powerhouse thanks to its high concentration of chlorophyll. It acts as a chelator by binding to toxic heavy metals in the body.

Animal studies suggest that chlorella can protect the body from heavy metals. One study in pregnant mice demonstrated that chlorella significantly reduced the transfer of mercury to the fetus (2). Another animal study showed chlorella helped to reduce the absorption of radioactive strontium in the body (3).

But chlorella can’t be simply added to a salad. In its raw form it is indigestible. To get the benefits you must seek out cracked-wall chlorella, which is available in powdered form or as part of a quality superfood formula. Much like algae, leafy greens are a rich source of chlorophyll, making them a good tool for cleansing heavy metals.

Spinach is a leafy green higher in chlorophyll than most, with a cup of raw leaves providing 23.7 mg of the protective green pigment.

Chlorophyll is considered effective at blocking the absorption of toxins, including aflatoxin-B1 (4). No wonder spinach was Popeye’s favorite.

This bright leafy herb is also a powerful detoxifier (5). Add it to salads or season foods to help reduce the heavy metals you absorb from food.

One animal study found cilantro (also called coriander) to be effective at reducing lead in the body (6).

But while some people find this herb tasty, others can’t stand the soapy aftertaste. If that’s you, get your cilantro in supplement form. Like the other green vegetables mentioned here, broccoli contains chlorophyll. But broccoli is also a sulfur-rich veggie so it supports the production of glutathione, a master antioxidant.

This compound is absolutely essential for your body’s detoxification process. That’s because glutathione binds to toxins in the liver before they’re excreted (7).

Broccoli is also a standout because it can help rid your body of volatile organic compounds like benzene and acrolein. In one study, those taking broccoli increased the level of benzene excreted by 61% over 12 weeks (8).

Since we are constantly exposed to these toxins in gasoline, smoke and other air pollution, broccoli can be a tremendous benefit in reducing toxins.

Milk thistle is one of the lesser known detoxifiers, yet it’s highly effective. While milk thistle doesn’t directly detoxify, it provides significant benefits for the health of your liver.

Most of milk thistle’s cleansing magic comes from a flavonoid called silymarin. Evidence suggests that silymarin can protect the liver from toxins, heavy metals, and prescription drugs (9).

Since the liver is the body’s primary defense against toxins, supporting liver function is a crucial step in your health.

Detoxing for a Healthy Life

Your body works tirelessly to rid itself of harmful toxins. And in today’s chemical-filled world, it’s working harder than ever.

That’s why it’s essential to give your body a fighting chance by supporting its detoxification efforts with what you eat. It’s also important to avoid toxins as much as possible, so here are 14 tips for toxin-free living.

If you have a hard time adding these foods to your diet every day, consider an organic green juice powder that gives you these detox superfoods and much more. With a tasty smoothie in 30 seconds it’s one of the easiest ways to transform your health.